to provide you with an optimal online experience.
We only use functional cookies.
We also use Google Maps and Mailchimp.
For using this website please click on "Accept".

We understand and intensively collaborate with both hemispheres: academia and industry. Many of us combine a scientific background with years of experience in the biotech and pharmaceutical industry. Together, we cover all core disciplines of drug discovery: medicinal chemistry, assay development & screening, biology, pharmacology, therapeutic antibodies, project management, and intellectual property. 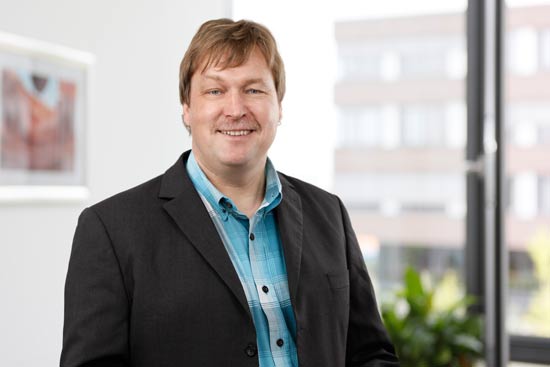 Bert has gathered more than 20 years of professional experience in the life sciences industry. He has worked in different positions in drug discovery and early development, most recently as Senior Director Discovery Biology and Head of Biology at GPC Biotech. Before that he was Axxima’s Vice President Research responsible for the discovery and development of the company’s portfolio of kinase inhibitors for various therapeutic indications. In previous positions, he has worked as a project and platform manager, as well as a scientist at Aventis and Hoechst Marion Roussel.

He earned his PhD in biochemistry at the University of Konstanz, Germany, and did postdoctoral work at the NRC Biotechnology Research Institute in Montréal, Canada. In the course of his research, he has published more than 55 articles in peer-reviewed journals and co-invented more than 25 patents and patent applications.
He is also managing director of the Khanu Management GmbH, managing the KHAN Technology Transfer Fund I GmbH & Co KG (KHAN-I). 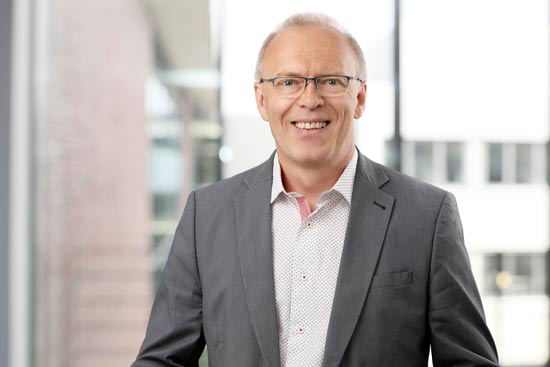 Peter brings more than 30 years of industry experience from drug discovery and early drug development to the team. Before joining LDC in 2008, he held various positions in the area of medicinal chemistry, most recently as Executive Director at the Novartis Institutes for BioMedical Research in Vienna, Austria, heading the Chemistry Department. He also managed a broad range of drug discovery projects and gained extensive experience in coordinating interdisciplinary and international project teams. He holds a doctorate in organic chemistry from the University of Technology, Vienna, has published more than 80 articles in peer-reviewed journals and is co-inventor of more than 25 patents and patent applications.
He is also managing director of the Khanu Management GmbH, managing the KHAN Technology Transfer Fund I GmbH & Co KG (KHAN-I). 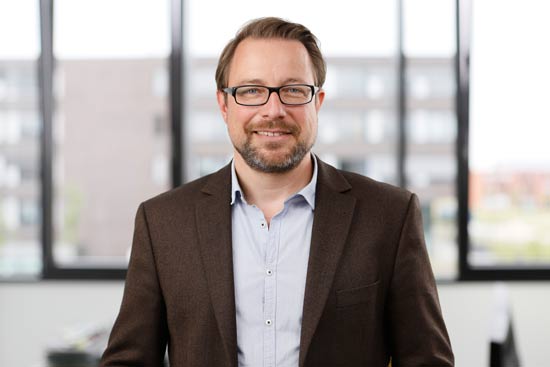 Michael moved to LDC in 2008, the company’s founding year. As Managing Director he is mainly responsible for financial affairs and corporate development. In addition, he is CEO of LDC’s affiliate Affectis Pharmaceuticals AG, Dortmund, Germany. Previously, he was at the Medical Proteome Center of the Ruhr-Universität Bochum, Germany, implementing the Human Brain Proteome Project (HBPP) in the Human Proteome Organization (HUPO), among others. Thus, he has extensive experience in applying and managing (publicly funded) projects as well as in building new company structures. Michael earned his PhD in Biology in 2003 and is (co-)author of more than 35 peer-reviewed articles and editor of three books.
He is also managing director of the Khanu Management GmbH, managing the KHAN Technology Transfer Fund I GmbH & Co KG (KHAN-I). 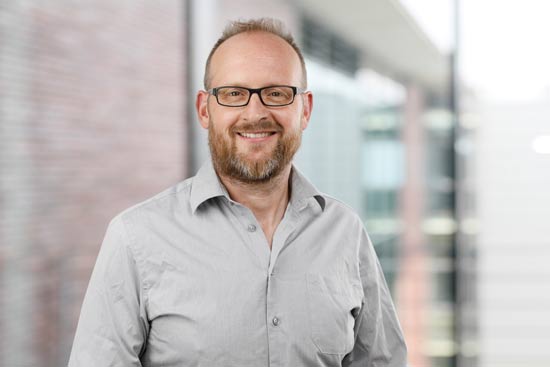 Matthias has been working as a researcher in pharmacological drug profiling during the discovery phase for more than 14 years. Before taking over LDC’s pharmacology department in Dortmund in 2008, Matthias has worked as a group leader ADME for GPC Biotech and as a senior scientist ADME for Axxima Pharmaceuticals, both in Munich, with a focus on pharmacokinetic analyses of kinase inhibitors. Matthias studied Biology at the Ludwig-Maximilians-University in Munich, Germany, and gained a PhD in tumour virology from the Helmholtz Center in Munich. Following a postdoctoral position at the Institute of Cancer Research in London, he started his professional career as a scientist in Target Identification and Validation at Axxima Pharmaceuticals in 2003. Matthias has co-authored more than 30 scientific papers and published several patents and patent applications. 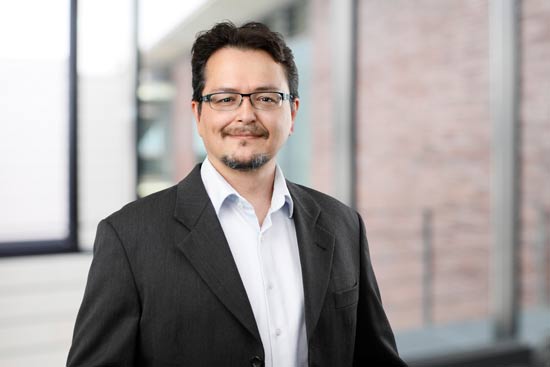 Axel has headed the Biology department since LDC’s foundation in 2008. He has gathered more than 20 years of experience in drug discovery and cellular pharmacology. Axel studied Biology at the Justus Liebig University in Giessen. He completed his doctorate on EGF receptor regulation in Professor Axel Ullrich’s group at the Max Planck Institute of Biochemistry, Munich, Germany. From 1999 on, he worked for Axxima AG and GPC Biotech, most recently as Associate Director. During this time, he was responsible for several protein kinase projects for various indications. 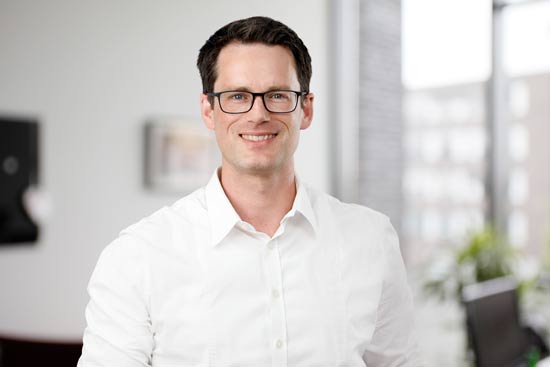 Jan heads LDC’s Department for Assay Development & Screening since 2008. Furthermore, he was involved in planning and implementation of the compound management and screening unit COMAS of the Max Planck Institute for Physiology in Dortmund, Germany. In addition, Jan was managing director of HDC GmbH in Constance, Germany between 2013 und 2015. Jan is an active member of SLAS – Society for Laboratory Automation and Screening. He studied Biochemistry at the University of Bayreuth, Germany, and at Imperial College, London, England, followed by PhD studies at the Max Planck Institute of Biochemistry, Munich, Germany. He started his industrial career in 2001 at Axxima Pharmaceuticals and GPC Biotech. 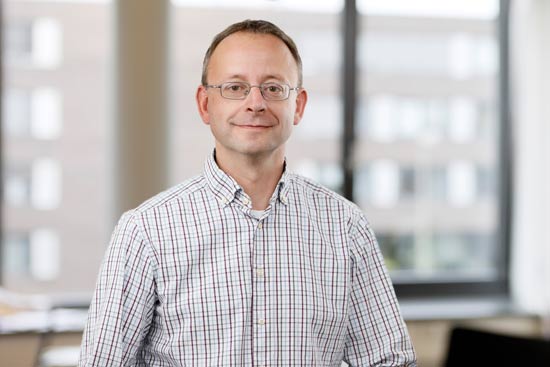 Klaus is an immunobiologist with over 15 years’ experience in the pharmaceutical industry as a project leader, project manager and group leader in drug research and development. Before moving to LDC in 2010, he worked for Jerini AG (now Shire) in Berlin and FAN in Magdeburg, both in Germany. Prior to that he worked for three years as a post-doctoral researcher with Prof. Robert Sapolsky at Stanford University, USA. He received his PhD in Human Biology (Immunology) from the University of Ulm, Germany, and co-authored >20 peer-reviewed publications in high-impact journals in the field of inflammation and CNS immunology. 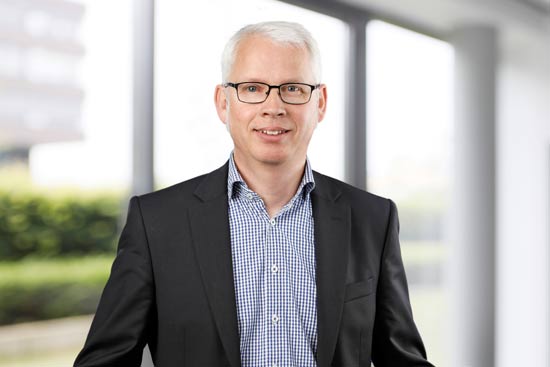 Johannes has more than 18 years of experience in drug discovery and preclinical development with academic drug discovery centres, start-up biotechnology and pharma companies. His research has spanned target validation, therapeutic antibody development, antibody engineering and production, preclinical development and bringing early stage projects into the clinic. He and his team have been responsible for conducting FTO analyses and protecting related know-how and IP. Previously, Johannes has held positions as CEO, CSO, Head Antibody Development and Head IP & Licences at U3Pharma/Daiichi Sankyo. 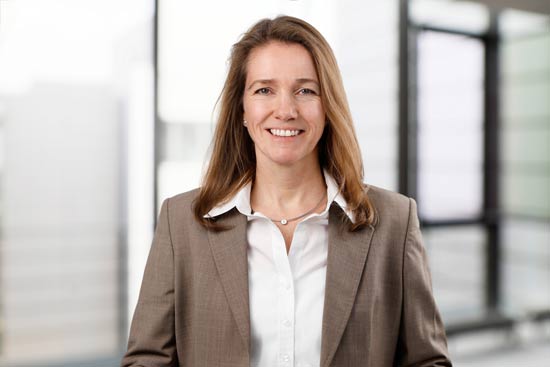 Silvia joined LDC in 2017 where she heads the Legal & IP Department. In the course of her career she studied biology at the Justus Liebig University, Giessen, Germany, at the Scripps Research Institute, La Jolla, USA, at Merck KGaA and at the Technical University Darmstadt, Germany, where she earned her PhD in 1999. In addition, she studied Intellectual and Industrial Property Rights at the FernUniversität in Hagen, Germany. After working eight years with Merck KGaA, she moved to Provendis GmbH, Muelheim a.d.R., Germany, as a manager for patents and licences for nine years. From 2015 until 2017, Silvia worked intermittently as a consultant at the Science Support Centre of the University of Duisburg-Essen. 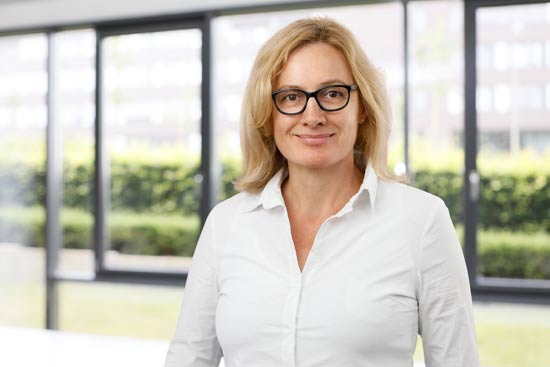 Anne-Kathrin joined LDC in 2010. She has extensive experience in scientific administration and communication, including application and coordination of publicly funded national and international projects. Furthermore, she heads the departments Operations & IT, Administration, and Public Relations at LDC. In her former positions she worked for Axxima, Munich, Germany in compound management and at the Landesamt für Umwelt, Augsburg, Germany. She earned her diploma in Genetics and Marine Biology at the University of Konstanz, Germany, where she worked for several years in the field of Molecular Marine Biology. In addition, she holds a MSc degree in Environmental Sciences. 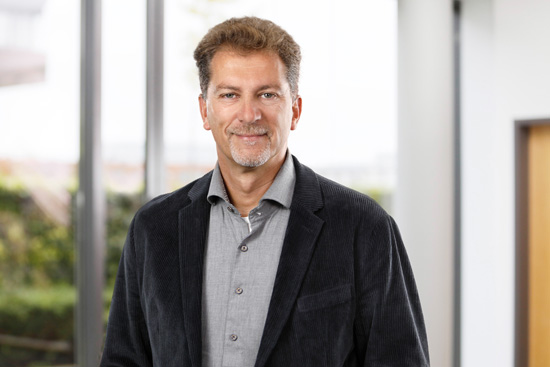 Matthias Stein-Gerlach joined LDC as Head of Business Development in October 2020. For over 16 years previously he was Senior Patent & Licensing Manager at Max Planck Innovation GmbH, Munich, where he played a significant role in the LDC’s conception and development. He was also chairman of the Foundation Board at the DVCI, the LDC’s main shareholder, for over 10 years. Matthias Stein-Gerlach studied Biology at the University of Mainz, and completed additional commercial training. He subsequently obtained his PhD at the Max Planck Institute of Biochemistry, Martinsried, under the supervision of Prof. Axel Ullrich. In 1997, together with Axel Ullrich and other colleagues, he founded Virgene, later Axxima Pharmaceuticals AG, where he worked as VP Business Development until moving to Max Planck Innovation. 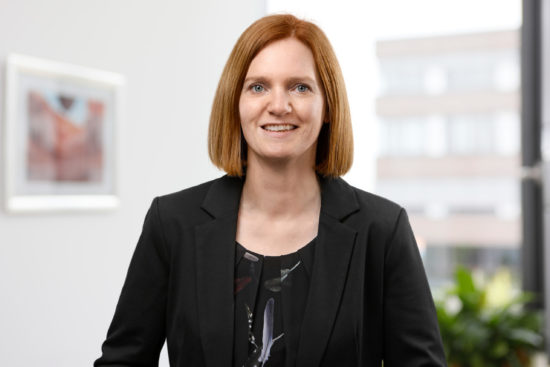 Head of in vitro ADME & PK

Anke Unger joined LDC’s pharmacology department in 2011. She holds a PhD in Pharmaceutical and Medicinal Chemistry from the University of Tübingen, Germany. Amongst others, she gained prior experience in the field of preclinical DMPK in the former department of drug research of the ratiopharm Group (now Teva Pharmaceuticals) in Ulm, Germany. Since 2022 she heads the in vitro ADME & PK department at LDC. 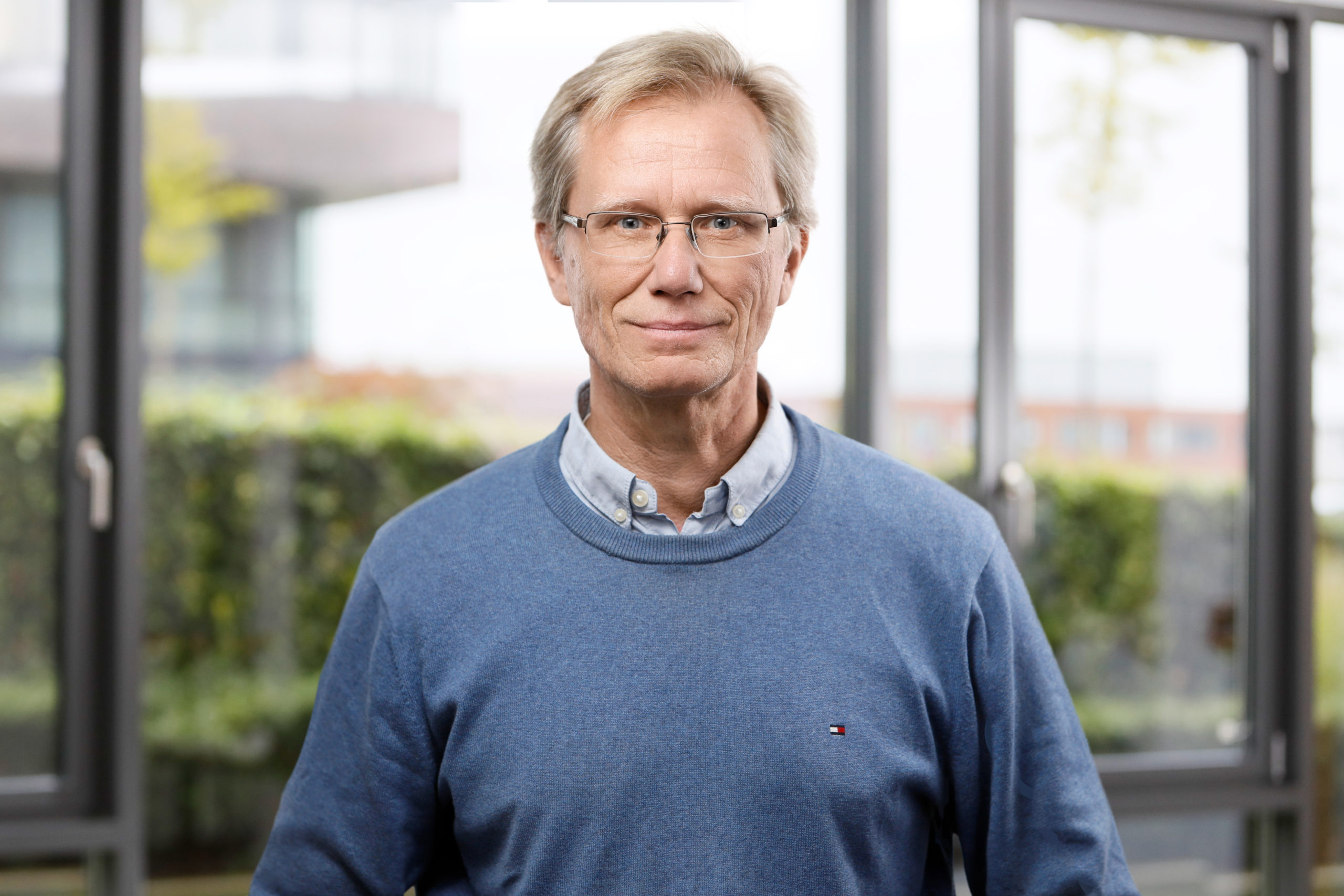 Uwe Koch is a chemist with more than 25 years of experience in pharmaceutical drug discovery. He has been an employee at the LDC since 2009, prior to which, he spent 12 years at MSD. During this time, he has been involved in various projects, from early phases to preclinical development, some of which led to successful product commercialization. Uwe Koch received his PhD in organic chemistry from the Goethe University in Frankfurt. Afterwards, he spent three years as a postdoctoral researcher at the University of Cambridge, where he worked on the application of computational methods in chemistry and pharmacology. Since 2022, he has been heading the medicinal chemistry department at the LDC.